Netflix, it seems, has the magic formula that has raised the company valuation to over £124 billion. It has passed Disney as the most valued media company on the planet. Some of its additional victories include:

So, what’s Netflix’s secret? The answer is big data and analysis. To be more precise, the secret is how Netflix collects this data and how it implements data analytics models to eke-out customer behaviour and buying patterns. The information Netflix harvests is transforming the entire entertainment industry.

1. Data Analytic-Savvy from the Beginning 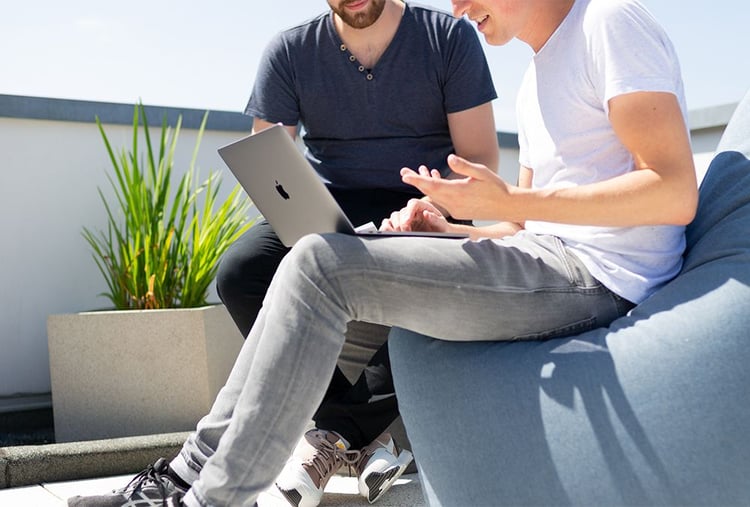 The Netflix company was formed in 1997 as a subscription mail-order DVD business. It became so popular that a 90s icon, Blockbuster Video, went out of business. Netflix was already using technology to get ahead, namely “predictive analytics.” The company’s software engineers created algorithms to steal away those high-demand blockbuster movies to less well-known titles.

Netflix’s House of Cards became a roaring success because Netflix algorithms showed that it would be a success based on:

2. User-Interaction Data May Be an Internal Programmatic Marketing Infrastructure

Interactive stories began to show up on Netflix in 2017. Black Mirror: Bandersnatch allowed viewers to choose the plot lines by using their remote controls. Not only did most viewers enjoy this new gimmick, but Netflix was gathering user-interaction data concerning what plots work best with specific audiences, engagement information, and product-placement opportunities.

Big data analytics is a complex process that examines large and varied data sets, also called big data. Organisations can mine this information and use machine learning projects, predictive modelling, and other advanced analytics applications.

Netflix uses this type of data to analyse and improve the user experience. The information that Netflix wants about its users include:

Netflix orders the whole Netflix collection for each member profile in a customised manner. The same genre row for each member has a selection of videos chosen based on prior content.

” I can say that no changes in Netflix’s products are not tested and validated, and we do not test just to test. If we do not believe it will improve, it will not be tested. We have 300 major tests of products and dozens of variations within.”

Based on the fact that you watched one video, you are more likely to view another similar show. Netflix uses this to its advantage. Anyone who has recently binged a show knows the “what now?” feeling once the show is complete. Netflix knows that by immediately showing someone a similar show or movie, they are more likely to keep that person engaged in the moment. The similarity ranking feature is not personalised, but it does provide a good guess of what an individual viewer might like.

This large company uses information such as:

All this data helps Netflix understand what their users want and how to retain its viewers.

In 2018, Netflix was saving $1 billion a year through the use of AI. It improves its algorithms and reduces human intervention in programming decision-making. AI is used to:

8. Netflix Doesn’t Have to Bother with Pilots

“Pilots” are the first episodes of an episodic series. Before now, pilots gauged the audience’s reaction and allowed the show’s producers to decide if they will get the most for their investment. Now, Netflix has changed all that. Netflix data analytics show the likelihood of the show’s success or demise before it is even created. The numbers speak for themselves – Netflix’s show success rating is 80 percent.

Want to Understand How Big Data can Revolutionise Your Business?

Whether we are talking data analytics or business intelligence, it’s the data that goes into it that is only as smart as the people who are using it. In the case of Netflix, as well as your business, you are in an age where data analytics and BI work together to make business decisions impactful.

The difference between business intelligence and data analytics is:

One of the major mistakes that companies are making is attempting to adopt new technologies too quickly across their entire enterprise. The current population has generated 90 percent of the data in the world within the past two years. Businesses that are adopting BI need to know that they must understand their problems first. Then they must create a hypothesis on the ways BI can solve these issues. And, they must remember that it is all about the process.

Invite your board, IT department, and your C-suite to a meeting. Target one problem at a time. Create a plan of action. What’s important for your stakeholders? What data is necessary? Build key performance indicators that everyone can support. Turn data into action. Once you have organisational support, think about what software you need.

Netflix took action and look where they are now. Let us know how we can be of service.

Want to join the discussion?
Feel free to contribute!

You can find out more about which cookies we are using, or switch them off by clicking More Information.

This website uses cookies so that we can provide you with the best user experience possible. Cookie information is stored in your browser and performs functions such as recognising you when you return to our website and helping our team to understand which sections of the website you find most interesting and useful.

Strictly Necessary Cookie will be enabled at all times so that we can save your preferences for cookie settings.

If you disable this cookie, we will not be able to save your preferences. This means that every time you visit this website you will need to enable or disable cookies again.

This website uses Google Analytics to generate web analytics and for tracking how you use the website, compiling reports on website activity for website operators and providing other services relating to website activity and internet usage. The information generated by the cookie will be forwarded to Google servers in the U.S. for statistical analysis purposes only.

This website also uses a Marketo Munchkin cookie. This allows a website to track visitor behaviour on the sites on which the cookie is installed and to link a visitor to the recipient of an email marketing campaign, to measure campaign effectiveness and to gain information about how they are using a website for communication purposes. Tracking is performed anonymously until a user identifies themselves by submitting a form.

Please enable Strictly Necessary Cookies first so that we can save your preferences!